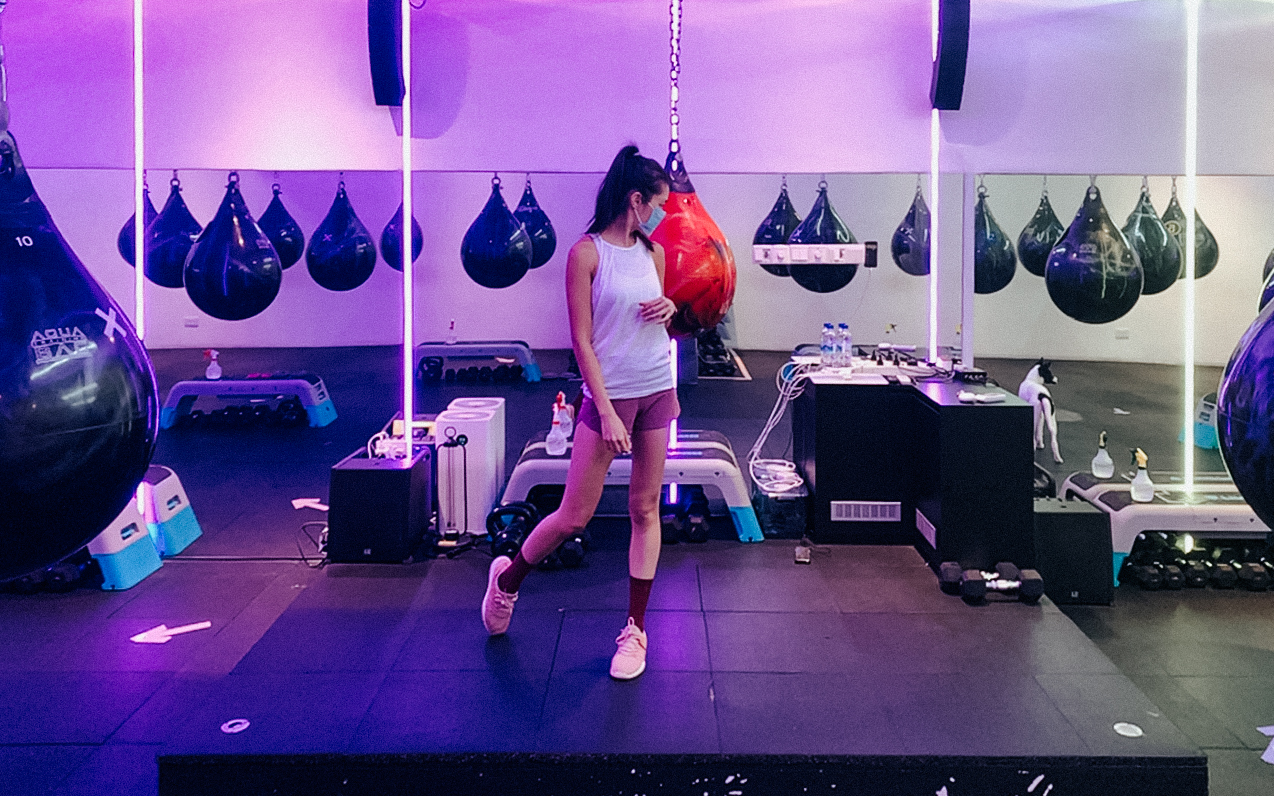 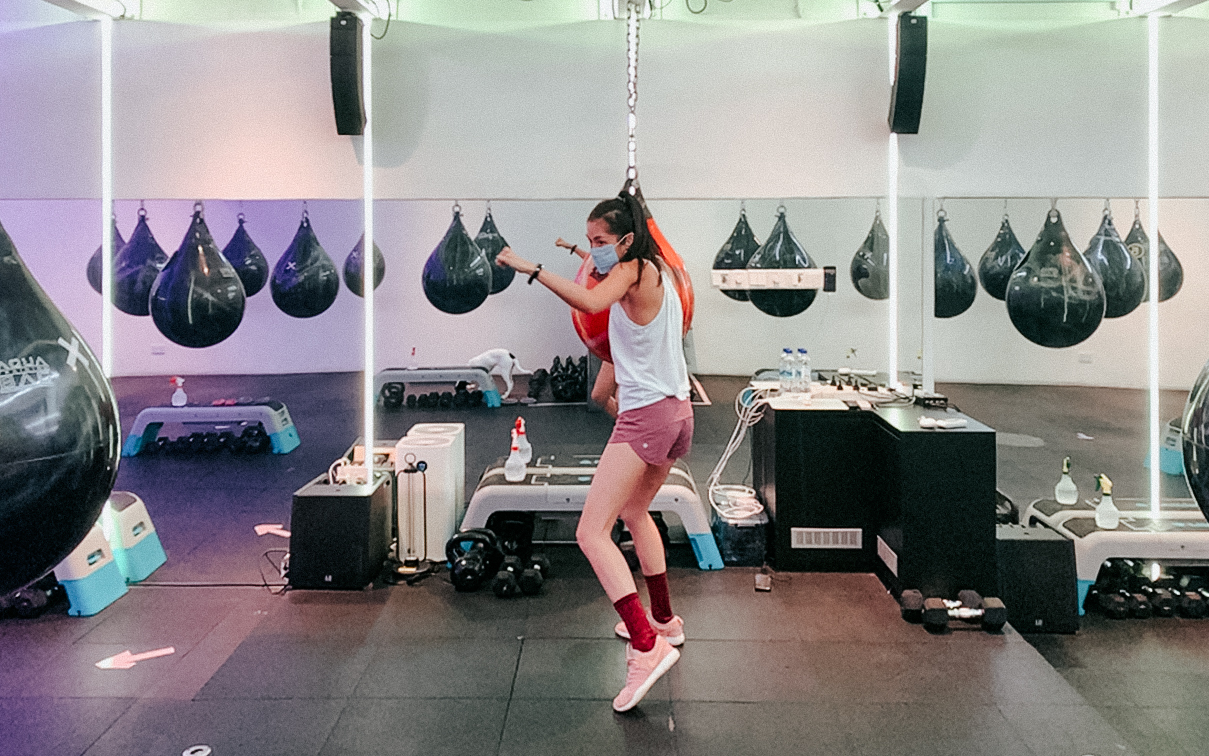 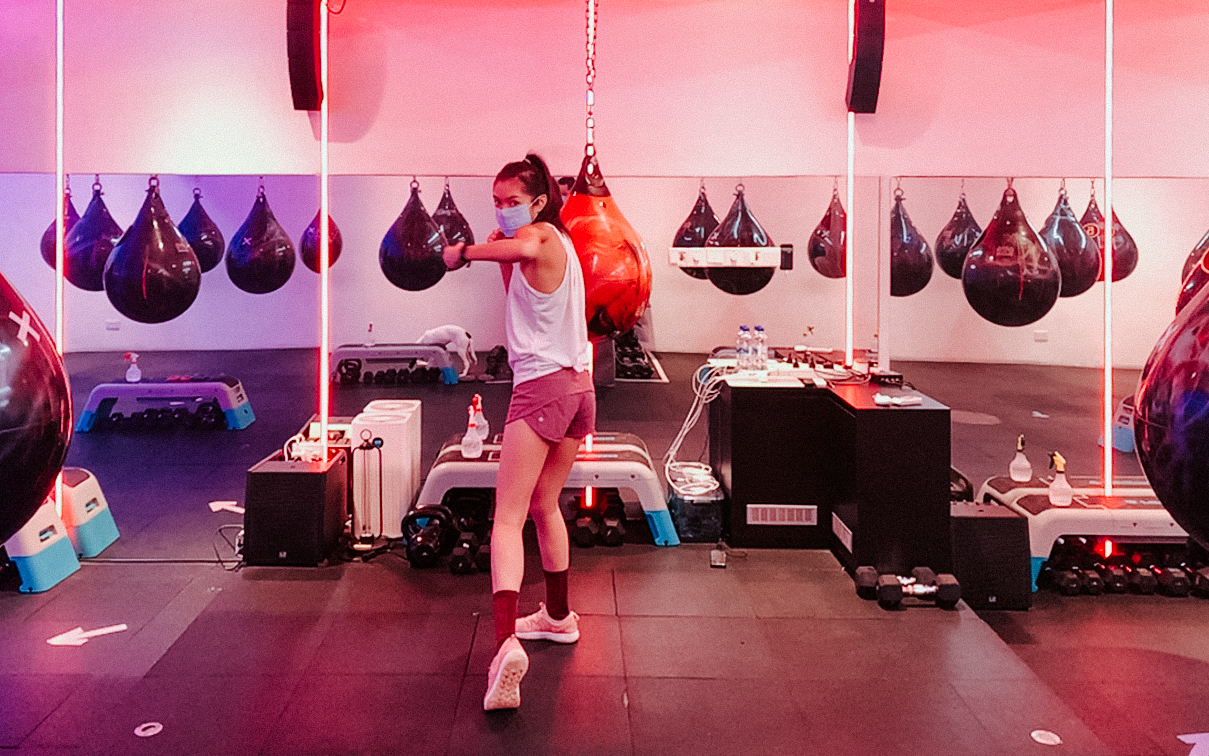 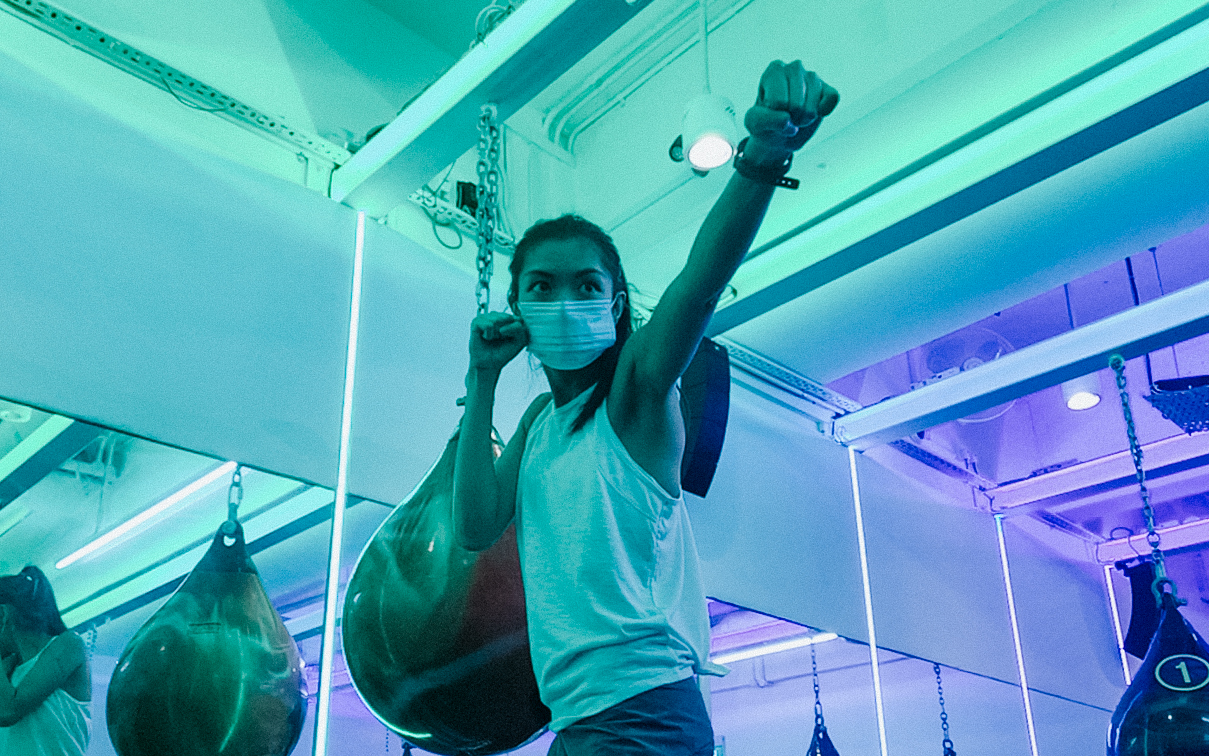 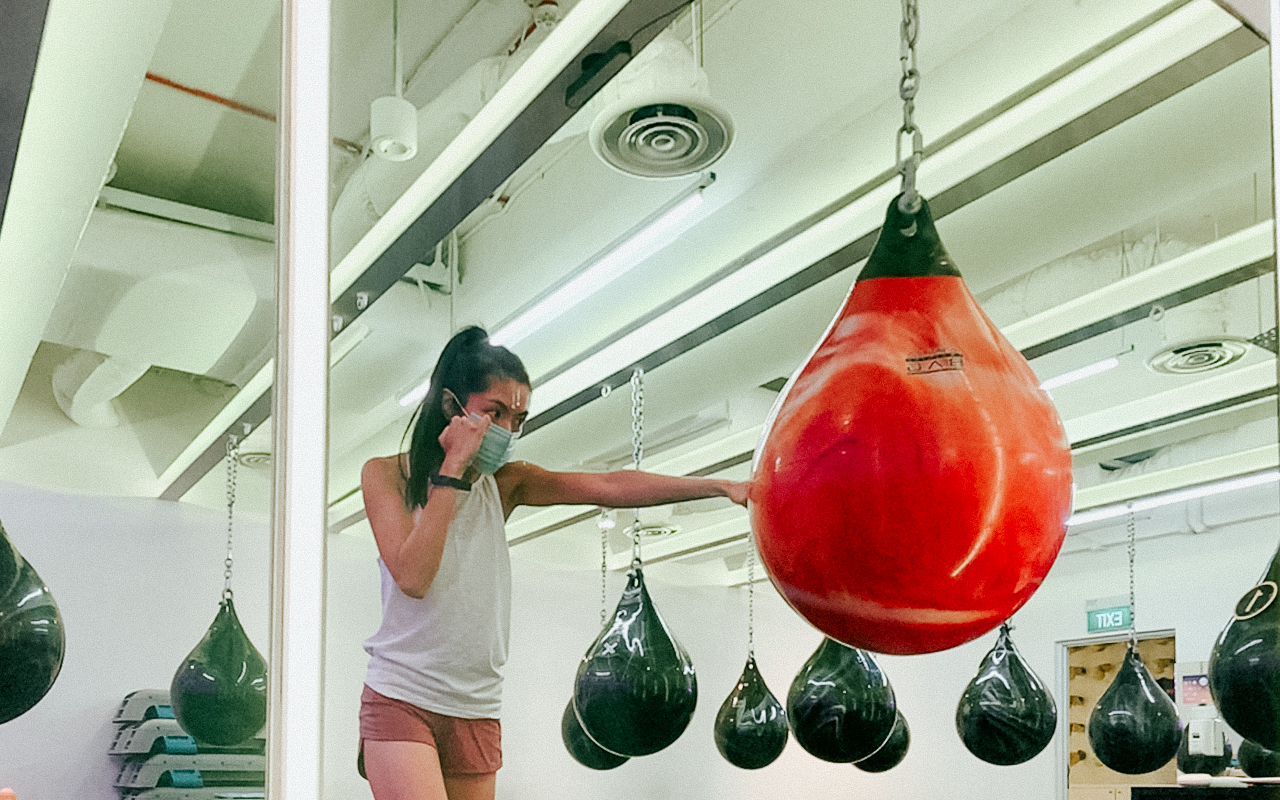 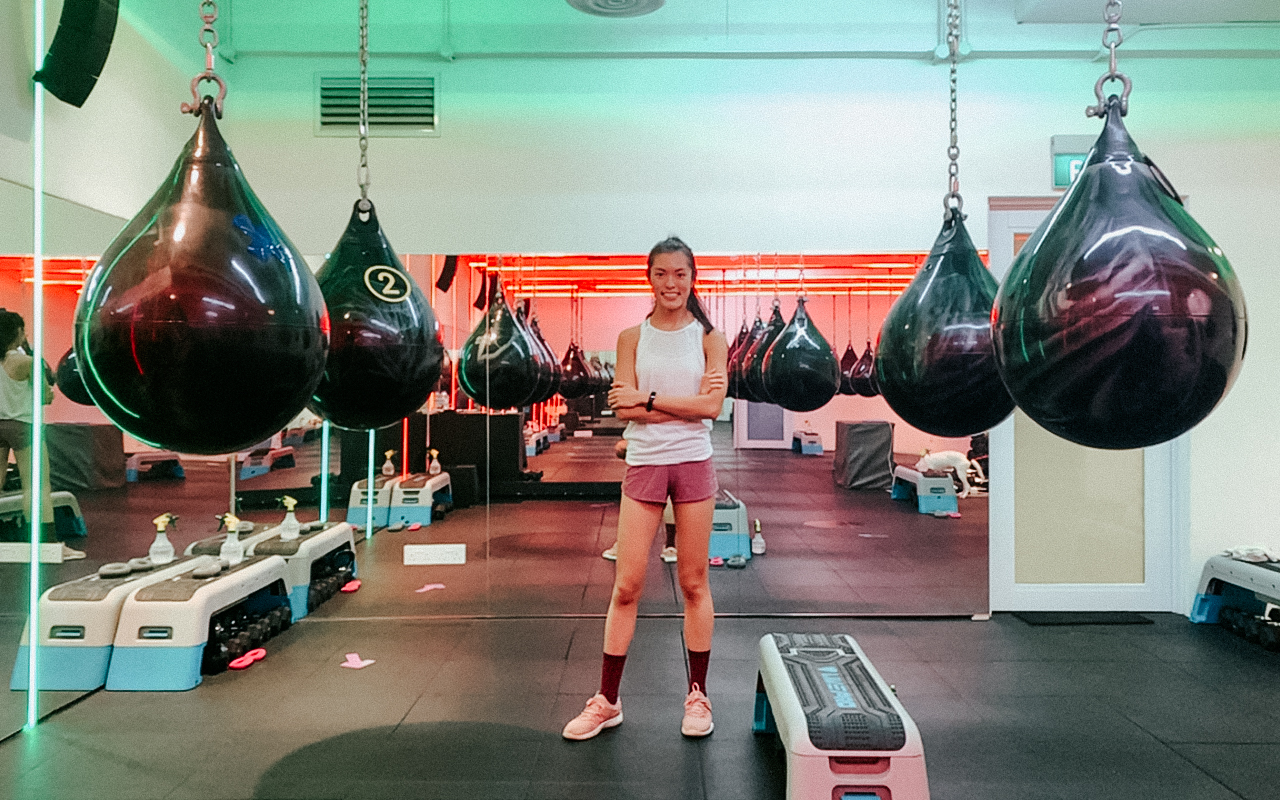 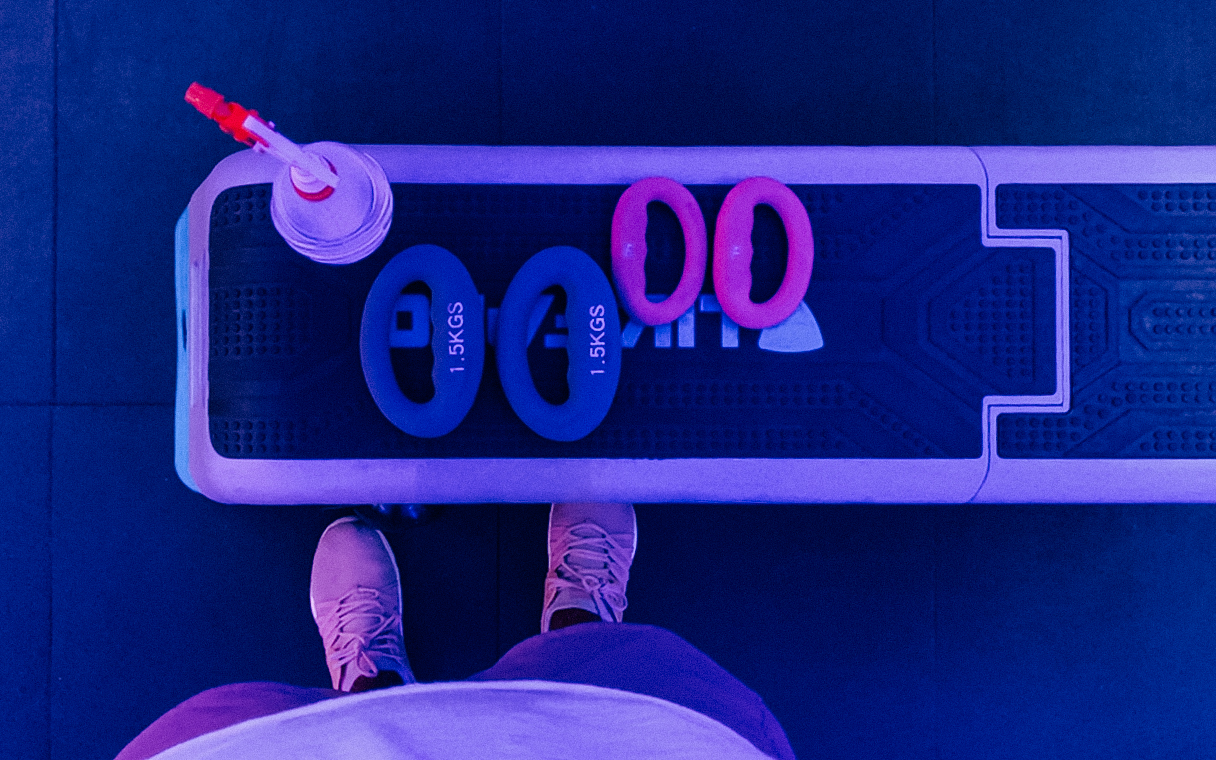 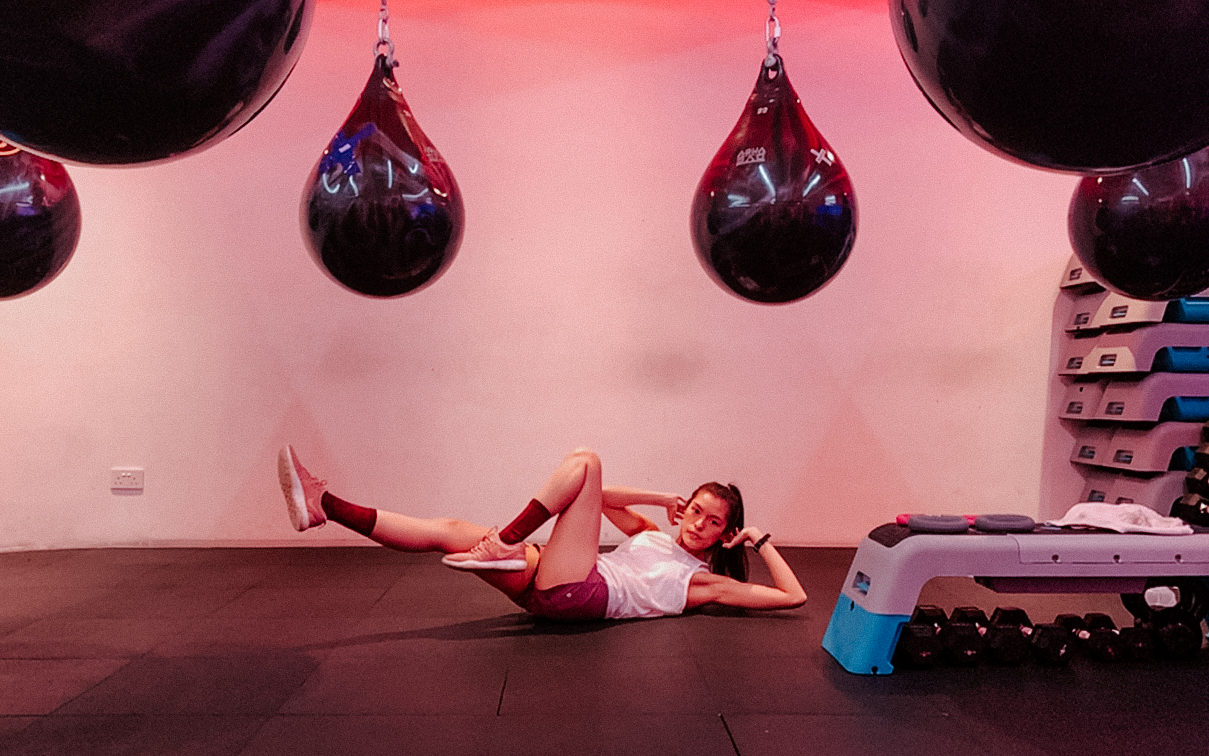 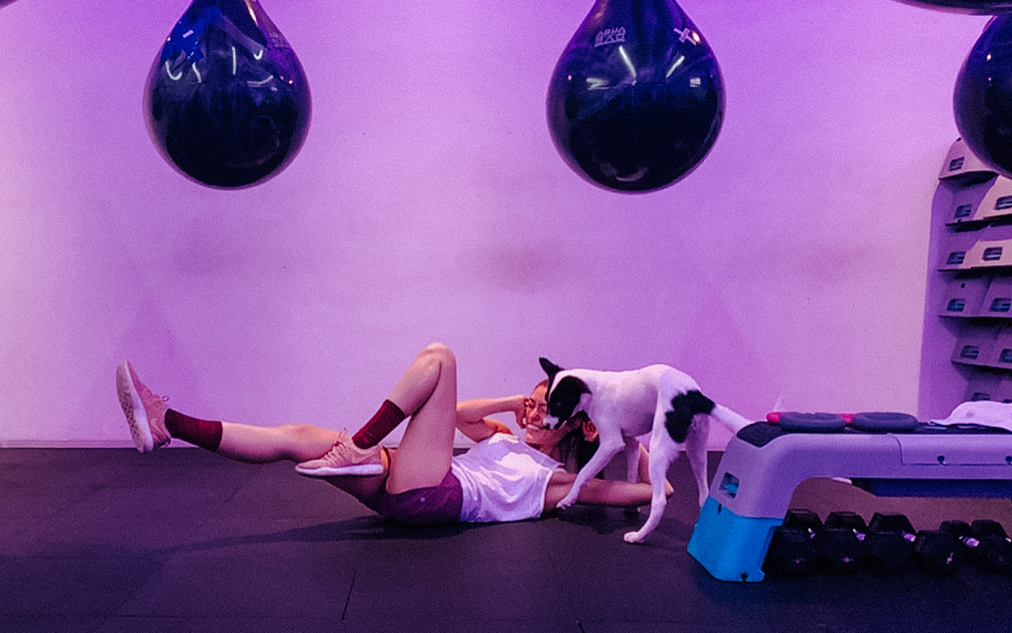 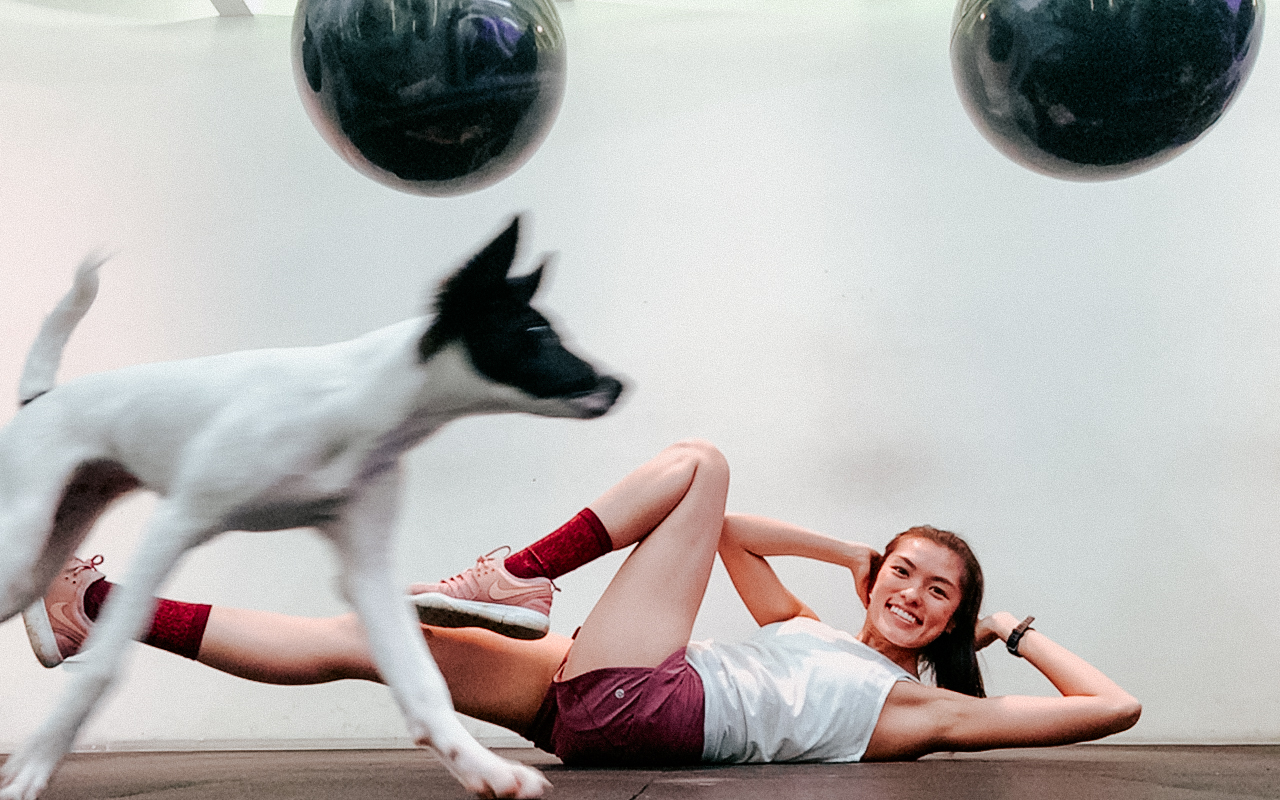 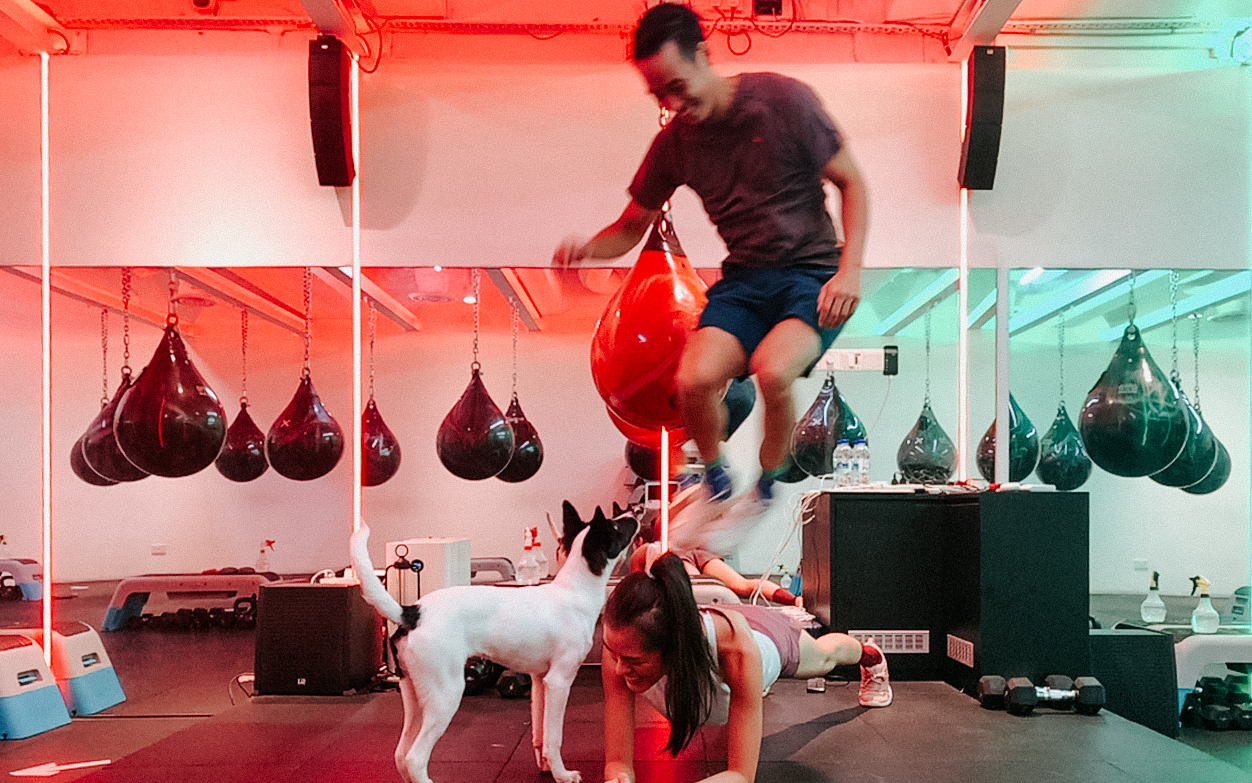 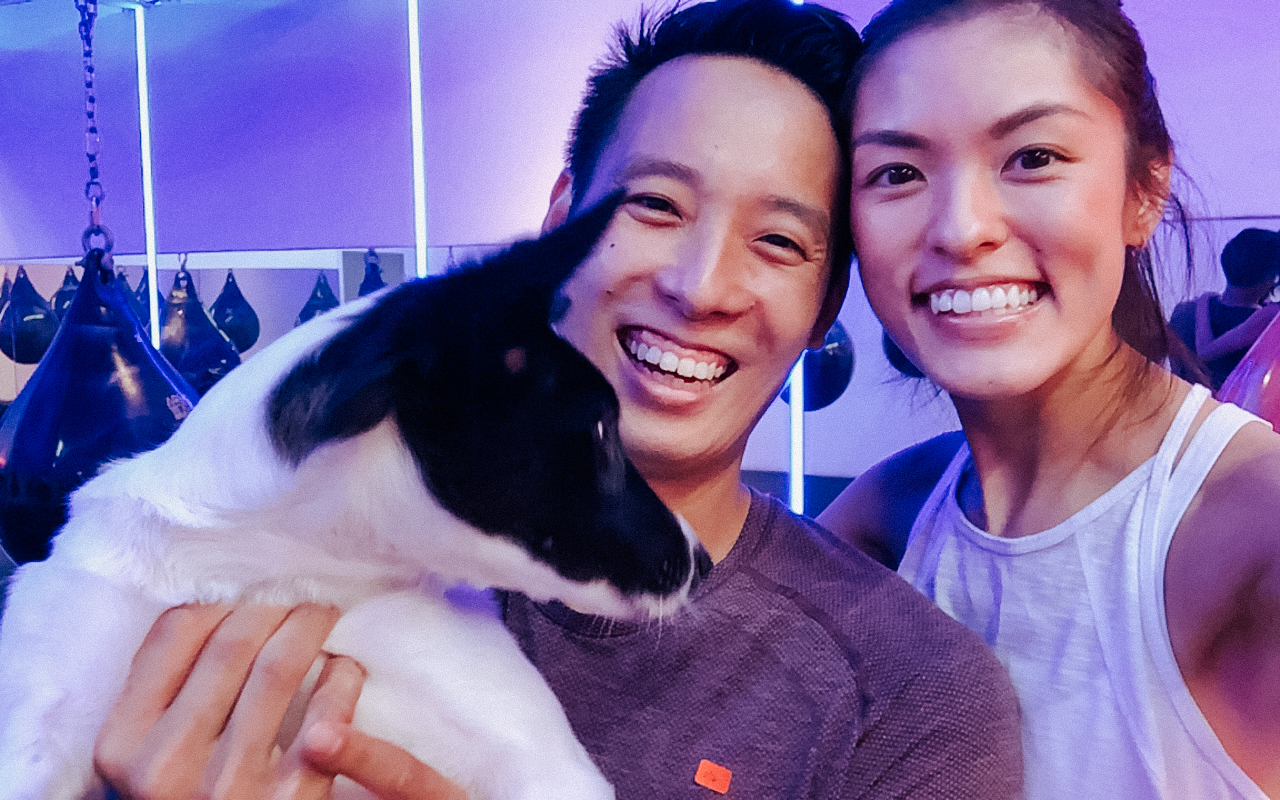 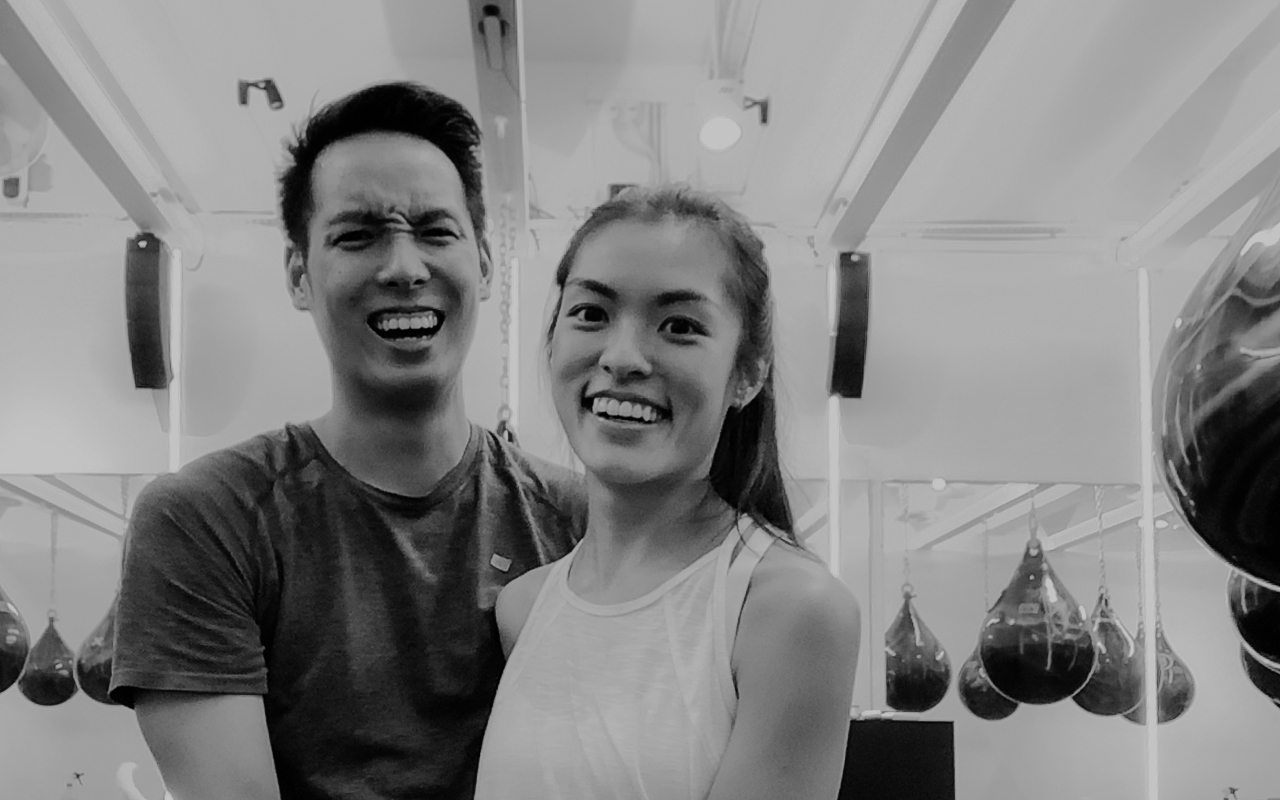 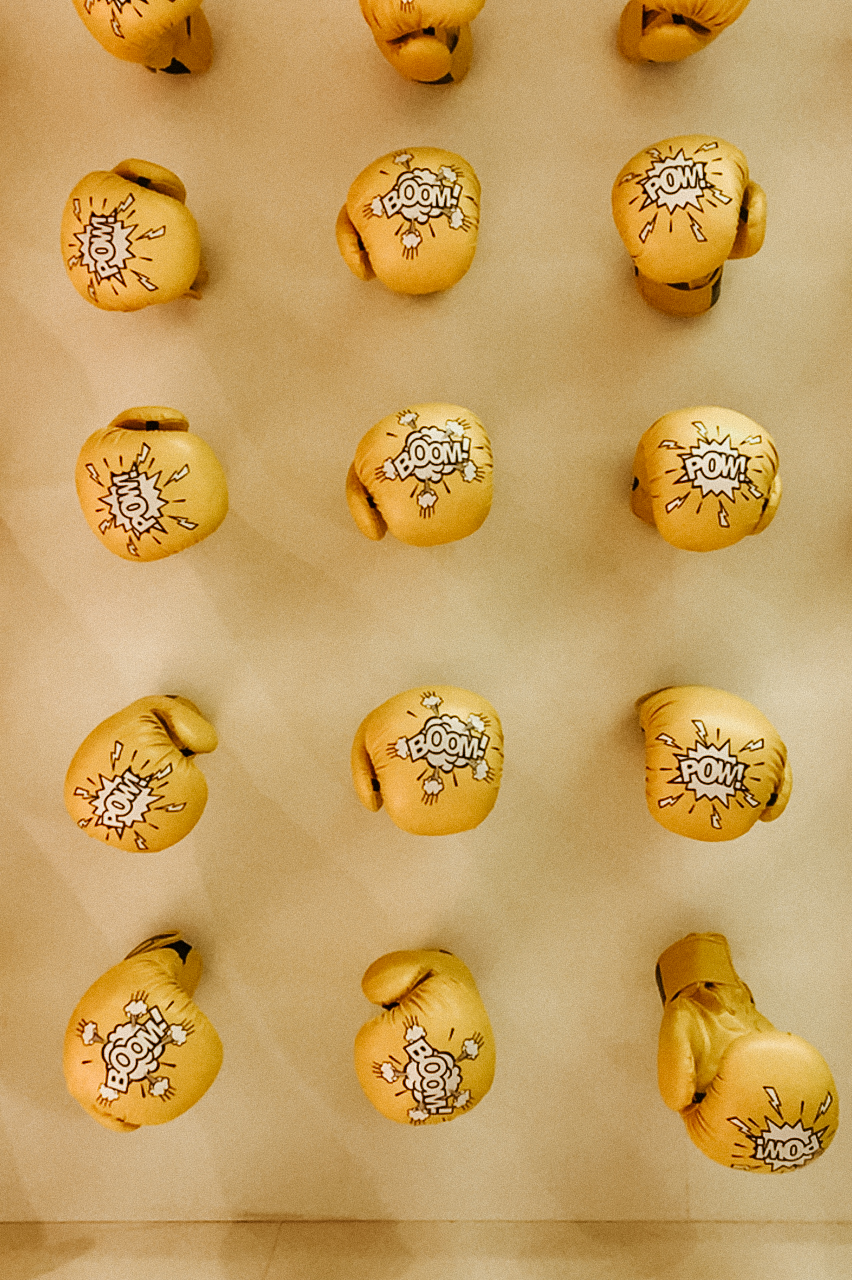 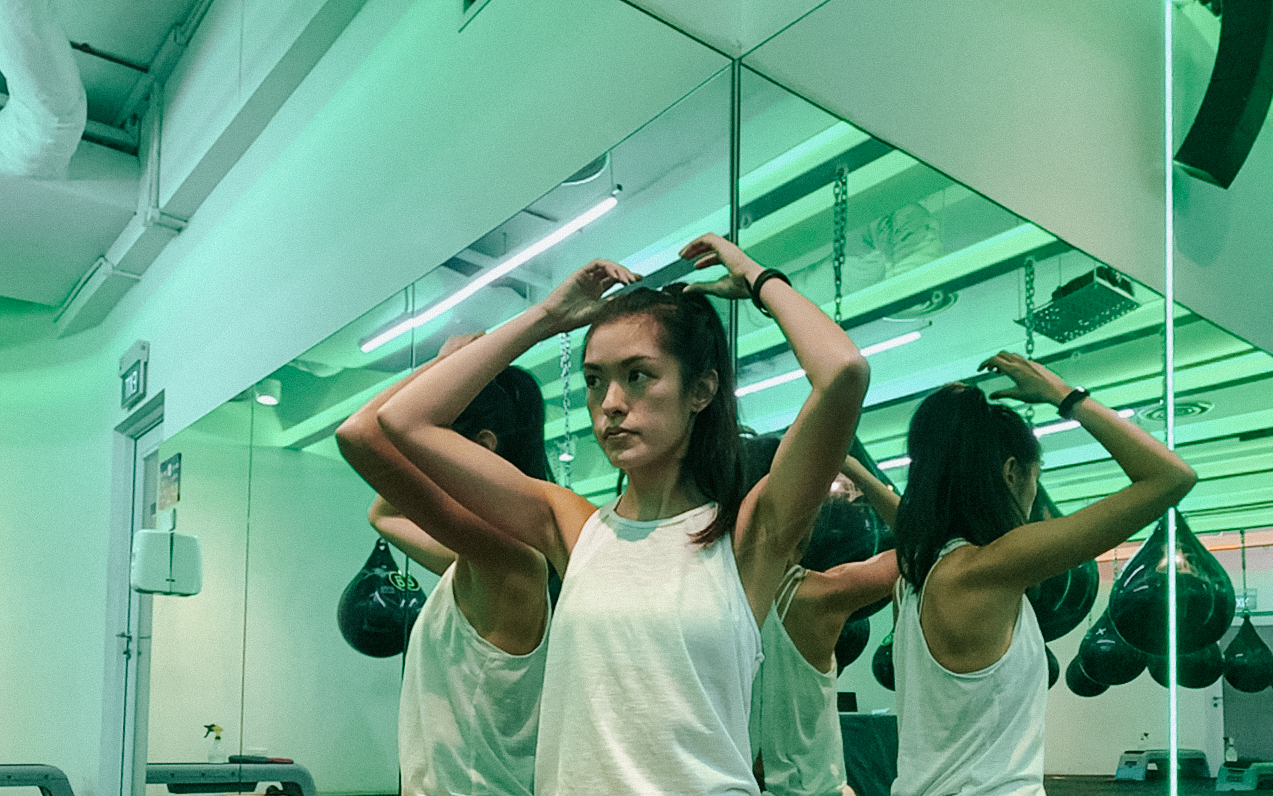 I hate you, I really do. I would love to be the ever-optimist that says tough times make us stronger or everything happens for a reason. But, the most positive I can be is to acknowledge that we can’t change the past or the fact that you exist; we just have to focus on the future. So, I hope and pray that we can put you in our rearview mirror as quickly as possible, and drive far, far away.

All it takes is one kind and appreciative soul to assure you that you’re doing the right thing, and for such members of our community, I will never forget their kind words and gestures.

Things started off beautifully and manageably with the adoption of our pup, Leah, who for us, has truly been the single most positive thing to come out of the last few months. The timing of that adoption also coincided with when we decided the close our business. My husband and I live with my parents – parents who had me in their forties, so you can imagine, they’re not young right now, and are in an incredibly vulnerable group. Our decision to close was a very personal one, because if I felt uncertain about going into my studio to teach, how could I expect our community to not share some of the same fears? Besides, we knew the cases were a ticking time bomb and did not want in any way to contribute to the issue. We had poured money into disinfecting the studio regularly, our staff were swamped wiping and cleaning, but while we could keep people safe within our premises, the commute and interactions they may have as a result of them coming down for classes exposed them to more risk.

Financially, as a business, the closure through the circuit breaker was really tough. The only way to get through it was to acknowledge that losses are inevitable, and that our main goals as a business were to mitigate losses and to find a way to support our community during this time i.e. not disappearing on them (cause sometimes it’s easier to disappear). We put out so much free content within the first month we were closed, while we stomached losses, as a way to contribute positively to our community. As circuit breaker was extended, we needed to start charging for content. If we compared things to a good month, our revenue during this time would be about 10 per cent of that; not even a half or a third or a quarter, so basically… pretty dreadful! Some of our community showed unwavering support but some completely disappeared during this time. It made me feel very disappointed in those that didn’t show up for us when we tried to be there for them, because in a time when we really needed them, they weren’t there. Or some would just pay us lip service and say things we wanted to hear, but never followed through with any action. This really made us realise which people we could count on and which people were only there when times were good. For those that did show up for us, we are eternally grateful for them, and those are the people that keep us going. In hindsight, we told ourselves not to be too bitter about those who didn’t come through for us, because we never know what they’re truly going through either, so let’s give them the benefit of the doubt.

We’ve lost so much sleep over the last few months worrying about what the next step should be, both in the short-term and long-term, and with our revenues a fraction of what they were before how long we could sustain the losses? At certain points, it felt like we needed to beg and plead for our community’s support and it was disheartening to say the least.

Then very, very, very abruptly, circuit breaker ended. When people would congratulate us about being able to reopen, I would die a little bit inside. I would wonder, “should I explain the crappy reality of reopening to them” or “should I just smile and move on”? People act like reopening in a time like this can only be a good thing. It’s like if your friend just went through a break-up or perhaps found out about an unplanned pregnancy, don’t immediately leap into congratulatory fanfare or brood in anxiety and express condolences. Things are never as simple as they seem. Sometimes, as well-intentioned as your response may be, to the receiver it feels like a slap in the face, especially if what they feel is the complete opposite.

Through reopening, we worked ourselves to the bone making sure that everything was in place before we reopened. And even upon reopening, there were customers who complained about the decisions that we’ve made or restrictions that have been put in place, and said that it makes their experience far from ideal. They would compare us to other facilities, not understanding that every premises is different because of its size and layout. The appetite for business owners to risk safety also varies, and we’ve always erred on the side of over-caution – because nothing is more important to us than safety. Sometimes, customers even blame us for these decisions, when at the end of the day, we are doing it to keep them safe and doing what we need to, to survive in a really grim situation. They don’t even realise that we lose more money being open than closed. Our variable costs increase and our revenues don’t necessarily increase in a commensurate manner, because of the current economic and social climate. Honestly, when you meet such customers, it feels like you’re being kicked when you’re down. The cumulative toll of such incidents can really make a business owner throw in the towel. But all it takes is one kind and appreciative soul to assure you that you’re doing the right thing, and for such members of our community, I will never forget their kind words and gestures.

In totality, as an experience, it has really just sucked. During this time, we’ve become acutely aware of those that will stick with us through thick and thin, which sadly has been a smaller group than what we would’ve hoped (never undermining how awesome those who have supported us are). I would read of amazing stories of kindness around the world, and even personally experience small acts of encouragement. These are the things that gave me hope. But to be very honest, collectively, the apathy, feigned sympathy and even some unkindness we’ve experienced have seemed to eclipse the kindness we’ve received. For us to keep sane, we’ve had to constantly remind ourselves to focus on the small fraction of good experiences and people, and try not to harp on the bad (much easier said than done). Through all the stressful decisions and times, my husband and I have unavoidably fought and quarrelled, but I’m so grateful that we are by each other’s side through it all. I cannot not imagine going through this alone. So for him, and every single person that has helped, reached out, and supported in some way or another, I love you and treasure you deeply and hope that one day I can repay your kindness. For those who disappeared when we appealed for your help and support, maybe one day in future, when you need our help, we’ll hopefully be big-hearted enough to repay your apathy now with kindness later. Our hope is that then you’ll realise how important it is to support your community through the good and bad. Perhaps then, you can pay it forward to others who may need your help in future.

For my husband and I, personally, I just hope that as despondent and disappointed as we’ve felt through these months, we can hold on tightly to whatever good we’ve experienced and move forward. Because the one thing we’ve never stopped telling ourselves is that there are others out there who have it worse than us, not just during these difficult COVID-19 times, but all the time. So we should be grateful for what and whom we have.