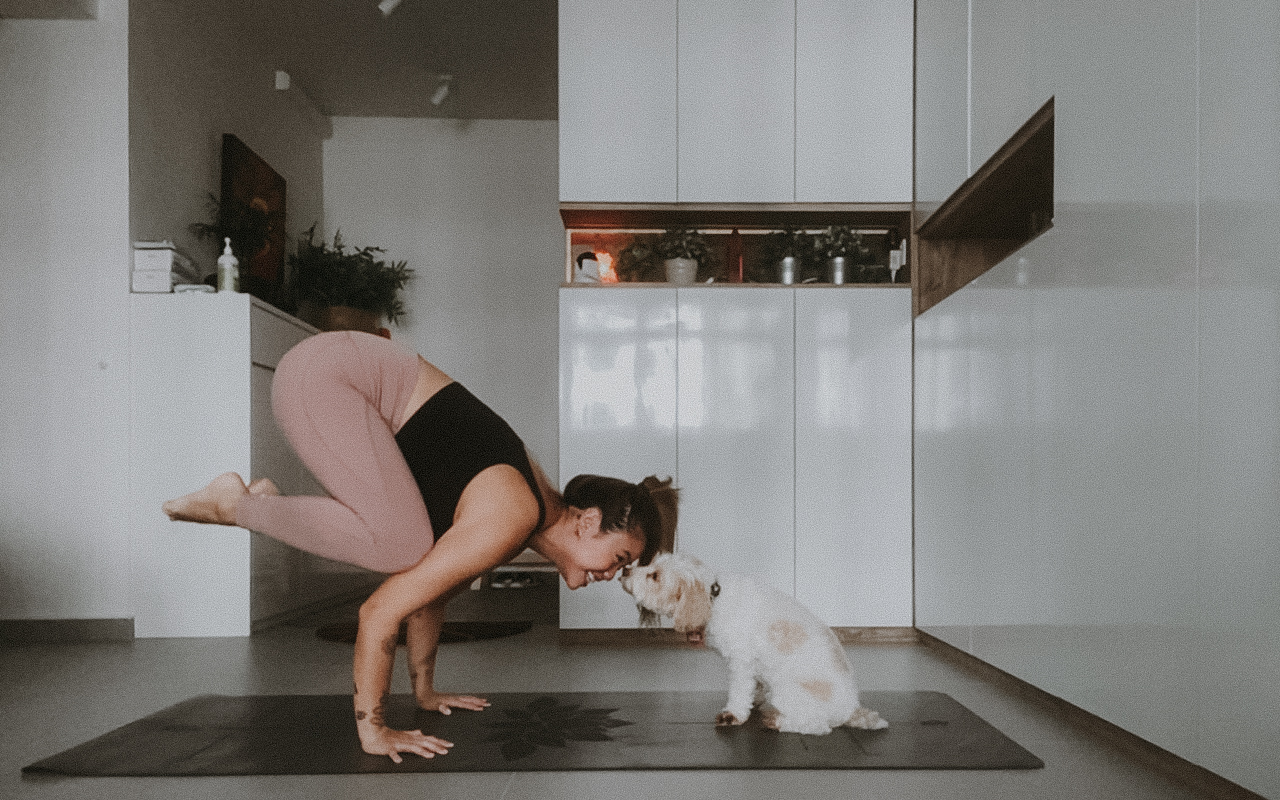 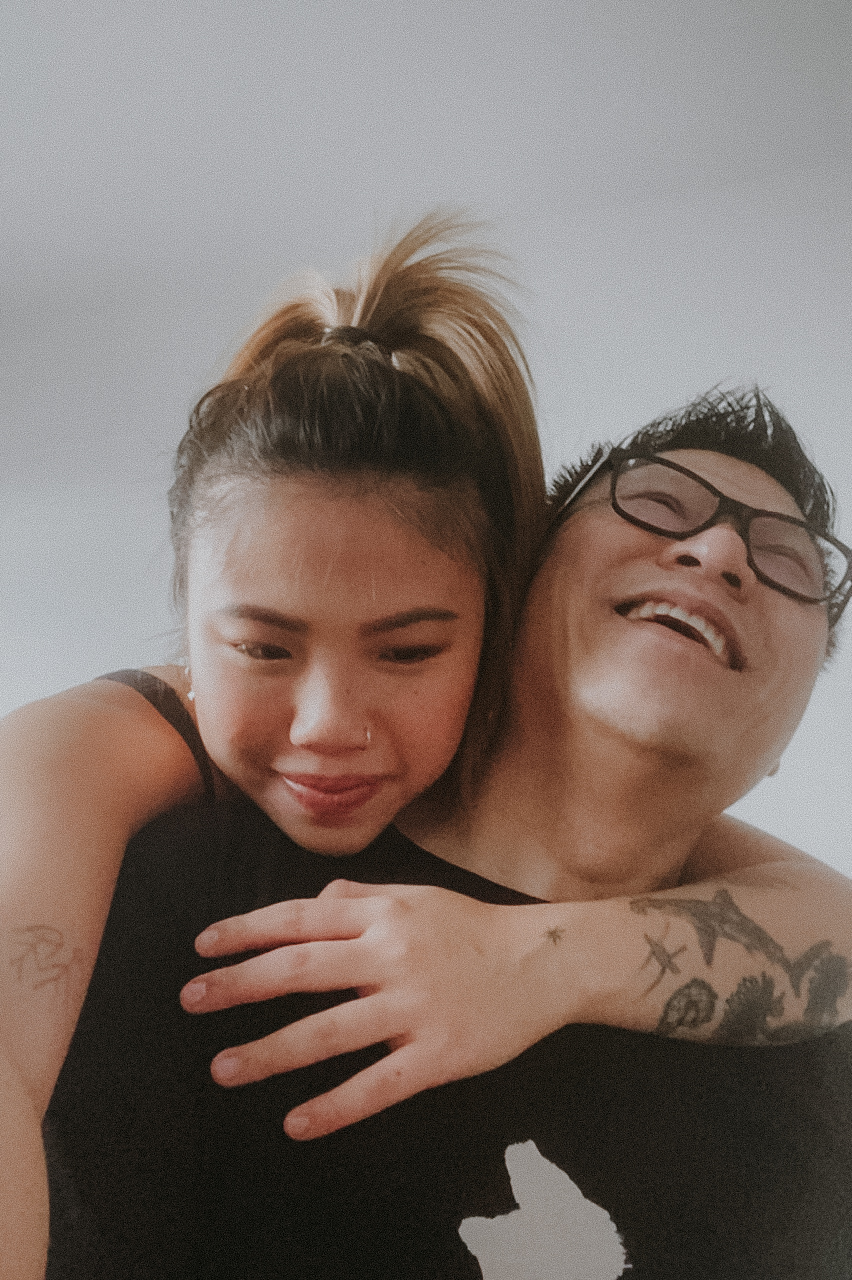 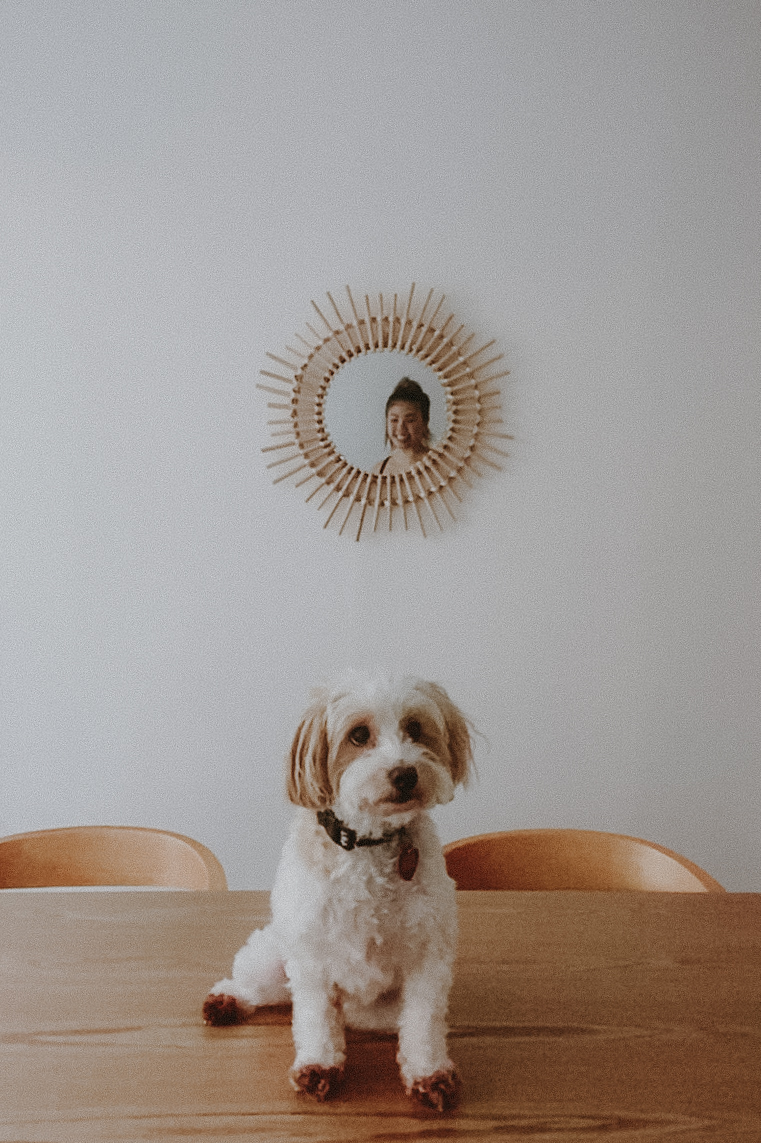 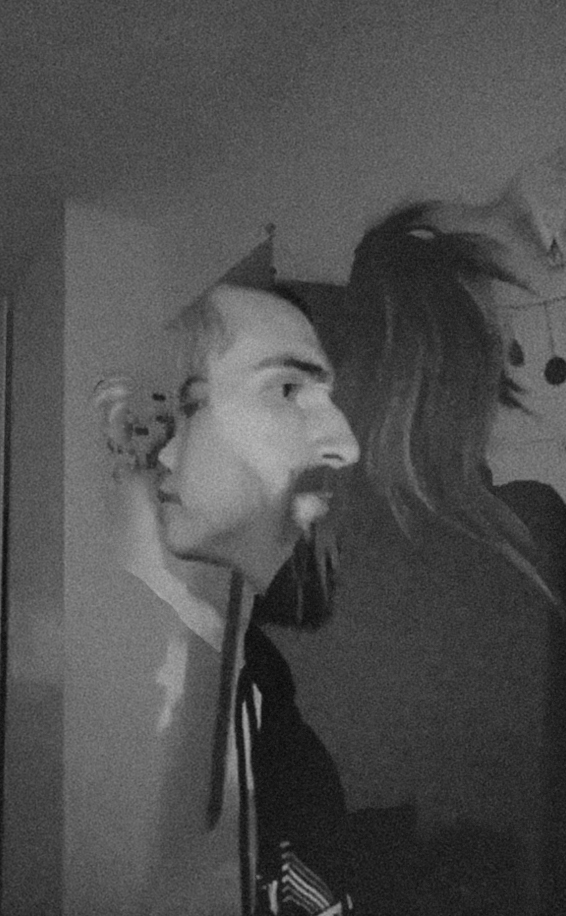 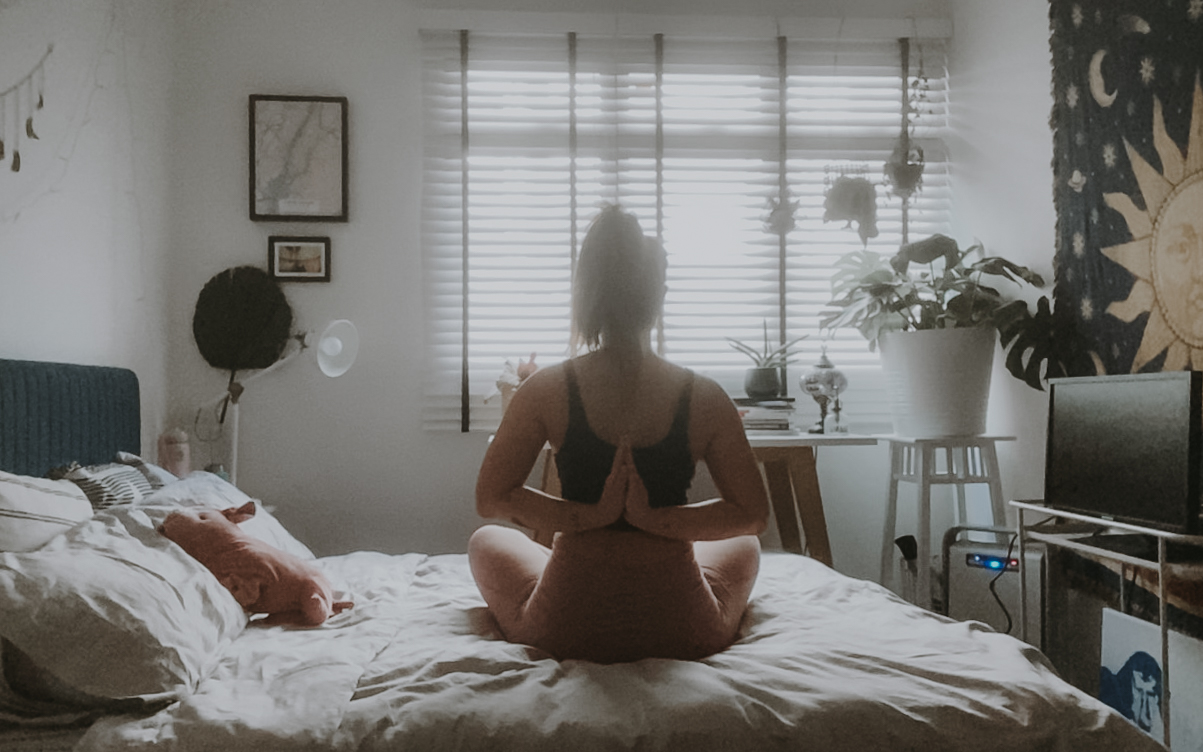 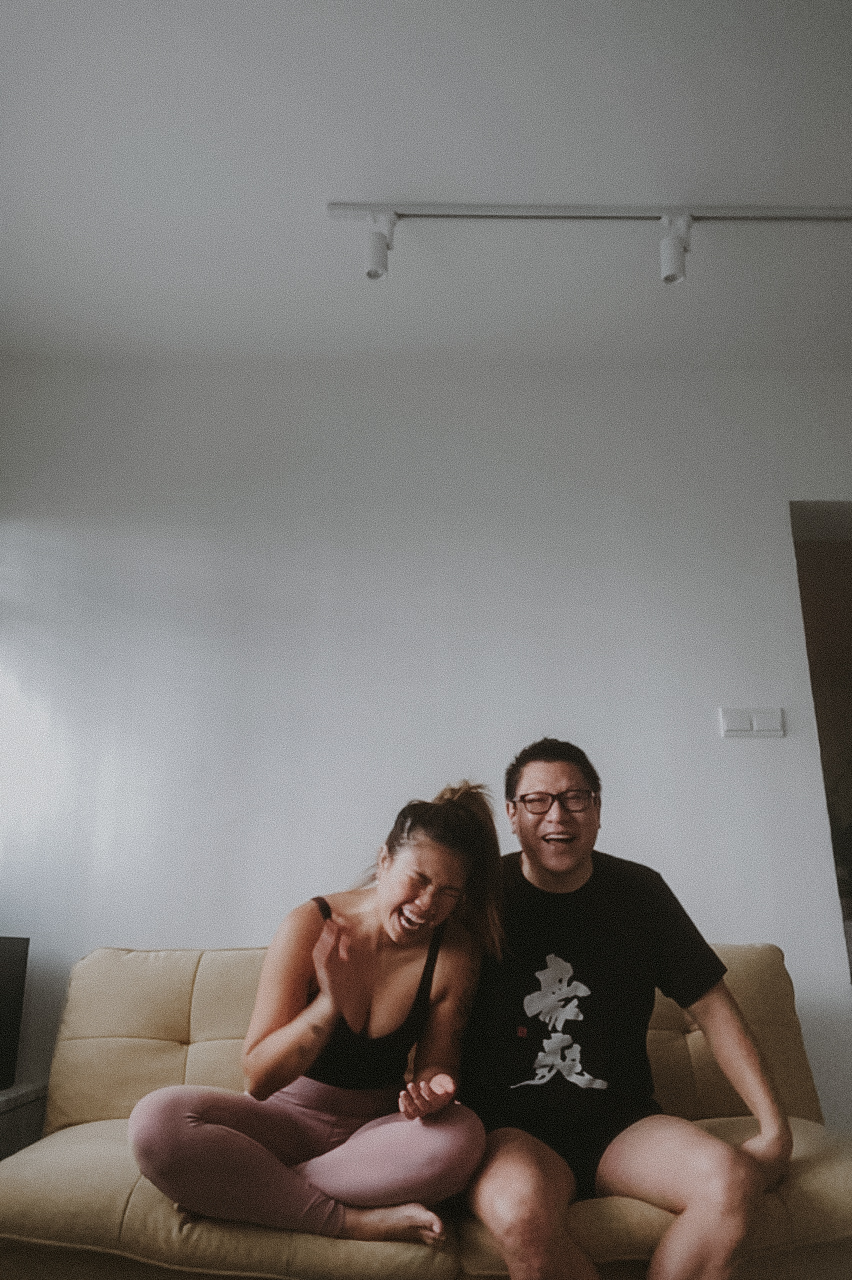 I don’t think anyone saw you coming.

When you were first introduced to the world, people were made to stay silent about you. The rest of the world didn’t know about you until months later.

I started to feel the effects of your presence when my gigs started getting cancelled. I even had one postponed to next year. Still, I didn’t panic as much because I still had my part-time job. Working part-time at the front desk of a yoga studio, I struggled between picking up more shifts or doing the minimum to minimise the risk of contracting it myself. Between having to communicate with clients and cleaning the studios which meant coming into contact with sweat and being in steamy rooms after a hot class, panic started to arise within my group of colleagues.

I had no part-time job, no gigs and a dog to feed.

I still remember the day I got a text from the big boss informing us that a client who visited a few days prior tested positive. Even though I wasn’t on shift the day she came, I froze. Things moved pretty quickly from the text. My studio boss called and gave me instructions to cancel the rest of our classes and close up the studio for the day. Going through my checklist, things started to sink in.

I went home in a state of shock. My friends who worked the day she visited got called up by MOH and they were told to quarantine. Because I’d been close to them, I chose to self-isolate. I’m not going to lie, I grew paranoid. The slightest dry feeling in my throat would send me into a spiral of panic.

Throughout this isolation, my boyfriend in America started to exhibit signs of falling ill. I didn’t think much of it at all because he hadn’t left the house in months. My friends results came back soon and they tested negative. I heaved a huge sigh of relief and thought the worst was over.

A few days later, my boyfriend told me that his dad tested positive for it and that’s when we knew he probably did, too. True enough, after a lot of hassle to even get him tested, he tested positive for Covid-19. His dad had gotten it from work- someone had come in even though his wife was still waiting on her test results; not realising that if she tested positive, he would’ve have already spread it to everyone at work. Well, that happened. My boyfriend’s dad works 4 hours away in a completely different state to where they live. One guy’s mistake has caused a transmission from state to state. I was furious. Livid. My boyfriend, who hadn’t left home in months, got the virus. Because of one man’s foolish mistake.

A month went by, they were now asymptomatic and feeling great. The only thing is that their state doesn’t offer re-testing. Instead, after seven days of not displaying symptoms, citizens are “released” and sent back into the workforce.

We have it so good in Singapore and this outbreak has shown me so much of that. Asymptomatic patients in Singapore continue to be tested daily in mandatory isolation until tested negative three whole times while in America, positive patients are told to stay home and treat it with over the counter medication. They are also being refused re-testing in several states due to lack of test kits.

About a month ago, the government called for a Circuit Breaker – it’s essentially a lockdown without the panic-inducing name. It’s been a stressful period to say the least. I had no part-time job, no gigs and a dog to feed. I started taking commissioned paintings and was fortunate enough to get some online gigs, like music livestreams. Still, it was tough. I am fortunate enough to live with my dad, though. He has been such a great help. Being in the insurance industry that’s considered an essential service, he still goes into the office on alternate weeks. Whenever he can, he buys the meals and does part of the grocery shopping for the home. I am so thankful for my dad. He’s also been so supportive and hyper-aware of my situation and has been so kind to me.

This circuit breaker also means staying home pretty much all the time. It has taught me a great deal about myself. I’ve learned that I can spend days in bed without taking a shower just playing animal crossing (lol), but I’ve also learned that I have it in me to wake up at 6am and work out every single day – in fact, I did this for an entire week! I also graduated from my Yoga Teacher Training course, which we had to finish online. I never thought we’d graduate through Zoom, but we did. I’ve learned that a positive outlook can make a difference and it is so important to have that right now.

I could go on about how I feel about you and what you’ve done to the world, but I will say this: You’ve hit a reset button. People all around the world are forced to go back to their roots – living simply, within their means and making decisions out of necessity and not materialistic wants. I see so many people getting closer to their family members. People are cooking, trying new recipes, growing their own produce at home. It is such a beautiful sight. We’re going back to forgotten hobbies like painting, crafting, even jewellery-making for some.

The hard truth is that rediscovering these things or finding joy in living at home is a privilege. So many lives have been lost. People are dying of hunger. It is so important to acknowledge that people in poverty have suffered more than any of us in this situation.

It is heart-warming to see people rising up and taking a stand by donating their government payout money to people who need it more. It is so important that people are spreading awareness and calling out organisations and government bodies that have been neglecting the underprivileged. There are families who are struggling to put food on the table for their kids and that is just not right.

Everybody has been made to reflect on their decisions during this time and as much as I hate to say it, it is all thanks to you. I truly hope that with this outbreak, more schemes will be put in place to ensure that every human being is taken care of throughout their lives, not just in situations like these.

Of course, to sign things off, I really hope you take your leave soon because I really miss my friends and extended family. I want to walk the streets without feeling paranoid and wrinkly skin on my fingers from all the hand-washing and sanitising.